Home | Newsletter | The Church and it's History | Safeguarding | Privacy |

Although there are Roman tiles in the walls of the Nave and Chancel of the church, Buttsbury is believed to have been an Anglo-Saxon village. St Botulph is said to have preached under a pear tree at the present church site in the 7th century in the village then known as "Cingham" meaning "dwellers in the district."

Buttsbury is mentioned in the Domesday Book under its then name of Cinga. It then had 19 households consisting of 4 villagers, 12 smallholders and 3 slaves. There were 6 plough teams and pasture for 100 sheep and 500 pigs but only 7 cattle, 40 pigs and 100 sheep. Annual Value to the Lord, Henry de Ferrers of 7 pounds.

A church is first recorded in 1190 when it was given to the Nunnery of St, Leonards-atte-Bow, London. The North Door has been carbon dated to the 12th century, with almost certainly earlier ironwork in Viking style.

Buttsbury was called "Botoifvspirie" meaning "Botolph's Pear Tree" in the 13th century and one can see that "Buttsbury" could have gradually emerged over time from that 13th century name.

The original stone built Tower dates to the 15th century but was reconstructed in brick in the 18th century in typical Essex style. 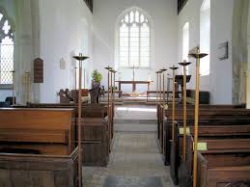 As with most churches there were other Victorian changes which included the East Window in 1876 into Perpendicular style. This has suffered with age and was recently removed for restoration but now back in pristine condition.

The War Memorial is exceptional in that the centre panel shows those who died in the First World War and the two side panels show all those that went to war and returned safely. It was presented by a parishioner in 1920. At that time the Parish of Buttsbury extended to Stock and the outskirts of Billericay and many of those shown actually lived in Stock. 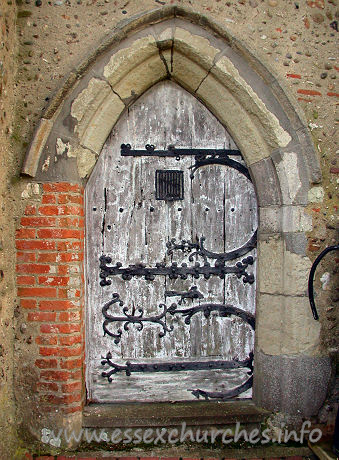 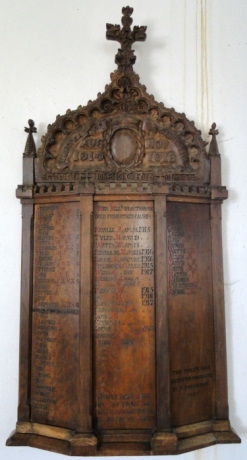 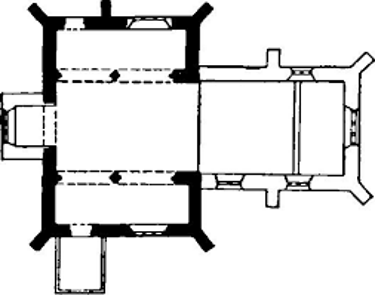 A plan of the church showing the Tower to the west, the Chancel to the East and the short Anglo-Saxon style Nave between| 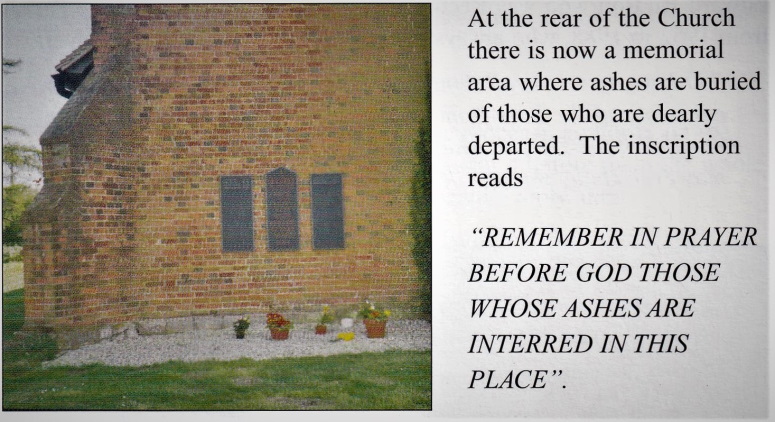 The area now set aside for cremations| 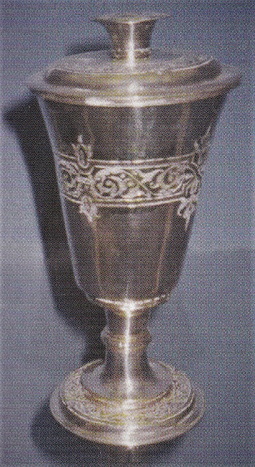 Part of a 15th Century timber found in the roof and which John Betjeman in his "Best British Churches" considered to be the upper portion of a "Doom" painting. "Doom" was the term used for Medieval paintings of the Last Judgement.|

If you would like to learn more about our ancient church and parish The Mysteries of Buttsbury by a longstanding parishioner, Keith Brown, is available in the church priced at £5.